One day a young girl named Pecona caught a grasshopper and placed it in a large jar. She poked holes in the lid to let air in and put leaves and sticks to make the grasshopper comfortable. She watched the grasshopper jumped all around the jar and decided to name him Spring.

Pecona thought Spring was happy. He had plenty of food, the jar was large and warm, and she occasionally took him out of the jar to jump around. But Spring wasn’t happy. The jar made his world seem small, and he longed for the world he once knew. The jar made Spring depressed, and one-day, Pecona found Spring dead in the jar.

Pecona was sad and wondered why Spring had died. As she stared at the empty jar, she saw something move. Out from under an old leaf, a tiny black beetle appeared.

“Mr. Beetle, how did you get in the jar? You weren’t in there yesterday?”

“I don’t know. I came into this world from a shell attached to a leaf. It’s beautiful, but who are you?”

“My name is Pecona, and I promise I’ll take care of you.” Pecona reached into the jar and pulled out the dead leaves. Just as Mr. Beetle had said, a small larval shell was attached to the back of a leaf.

“It must have been there when I put the leaf in for Spring,” she realized.

Pecona gathered fresh leaves and sticks and put them in the jar. Mr. Beetle chirped excitedly.

Every day, Pecona added fresh leaves, sticks, and water to the jar. Chirp spent his days exploring his new world and was happy. He grew bigger and stronger, and Pecona was a good caregiver. Pecona watched Chirp as he traversed the jar. He used the sticks and leaves to crawl around the jar but couldn’t climb the jar’s sides. After a few days, Chirp knew everything about his world and liked it.

After a while, Pecona came and opened the jar’s lid.

“Chirp, would you like to come out and play in the grass? There’s a whole new world you’ve never seen, and I want to show it to you.”

Chirp was puzzled by this question. He didn’t know what grass was, for it was not in his world. He thought about Pecona’s request and realized he didn’t even know what Pecona was. To Chirp, Pecona was just a voice that he heard. A strange sound that was asking him to leave his world.

Pecona was puzzled by this.

“But there is so much more to see. There are trees and sky and a beautiful sun that rises and sets every day. The wind blows and tickles your skin. Please come and see it.”

But Chirp didn’t believe the strange voice. He scurried under a leaf to hide and shook with fright. He thought Pecona was a threat who was trying to trick him. He knew his world, and to believe there was something beyond it was not possible.

“Go away, Pecona. I know the difference between what is real and what is imaginary. There is no such thing as another world, for I have explored everything that exists. To think otherwise is foolish.”

So Chirp stayed in his jar, content to remain ignorant of what may lay beyond his little world. He lived in his jar and eventually died in it.

Pecona felt sorry for Chirp but did not force him to leave his world. She offered to show him sights he couldn’t imagine, but he declined. That was his decision.

Pecona grew up and achieved great things. She moved away and dared to expand her world by seeking new and beautiful experiences. The little jar now lies empty on a shelf. Chirp’s world forgotten. Beetle World was everything Chirp needed.

But then again, how would he know? For he dared not leave it.

Moral of The Story of Beetle World

You’re responsible for the size of your world. Family, friends, experiences, exploration, learning, and acceptance are just some things that can expand your world. Like the universe, your world can be infinite. Happy exploring!

Share with others how you have expanded your world: 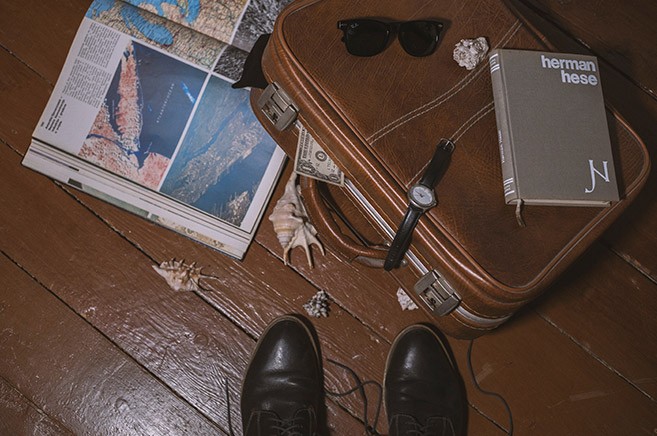 EVERYTHING YOU NEED TO KNOW

Want to learn more about me and my process?

Some people were born to be writers; I wasn’t one of them. What I do have is a great sense of curiosity and adventure. As a kid, I built miles of paths through the woods, always searching for what was just over the next hill. I don’t know how many miles of trails I created or the number of forts I built, but I remember the fun I had imagining new worlds in my mind….